Cigarette Ban in City of Miami Beach parks and beaches

Here in Miami Beach, we have spent a decade trying to eliminate cigarette butt litter in very creative and engaging ways including:

All this time, we’ve continued to lobby elected officials to take on more responsibility, and we were thrilled that City of Miami Beach Commissioner Alex Fernandez called and told us he wanted to PROHIBIT SMOKING ON BEACHES AND PARKS (after Florida removed a statewide preemption that prevented us from creating such a regulation). We lobbied the other commissioners and spoke on behalf of the proposal, and it passed 5-1. The ban goes into effect on January 1, 2023. We realize enforcement will be difficult, but we are hoping the conversation gets smokers to realize that cigarette butts are made of non-biodegradable plastic that must be disposed of properly and that the planet (especially our beach) is not just a big ashtray. City communications has already created sandwich board signage at the entrance and is already getting the word out through social media and the local magazine. READ THE SMOKING BAN LEGISLATION

WATCH THE LOCAL 10 NEWS SEGMENT ON THE BAN 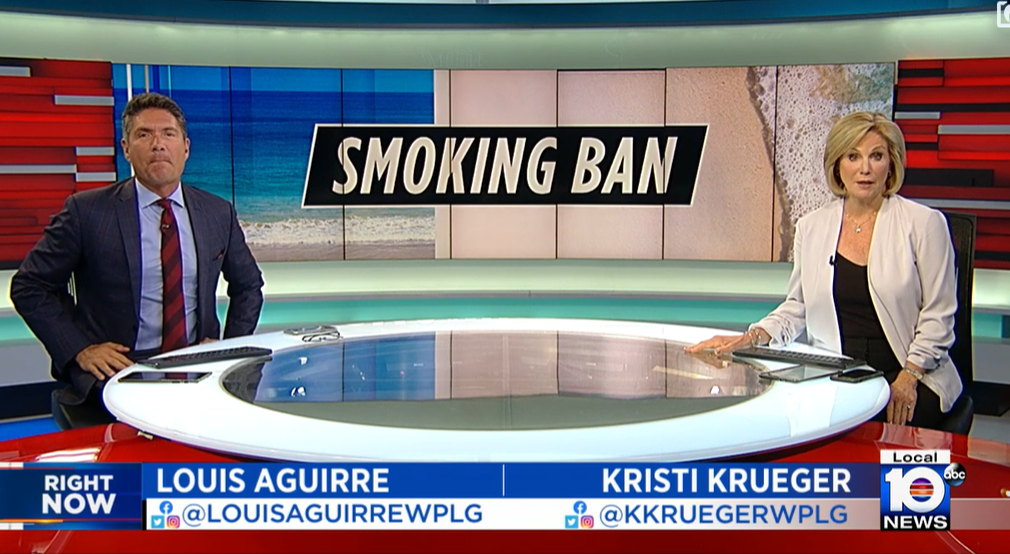