Dave Doebler presents his findings to the Mayors Special Flood Committee that "Clogged Storm Drains Are Contributing to Street Flooding"which correlates trash from the street level contributing to the major flooding issue the city is preparing to spend up to $400 million on fixing. Until now, no one has discovered that the existing storm drains aren't allowing water to flow out because they are clogged with trash and not cleaned frequently. 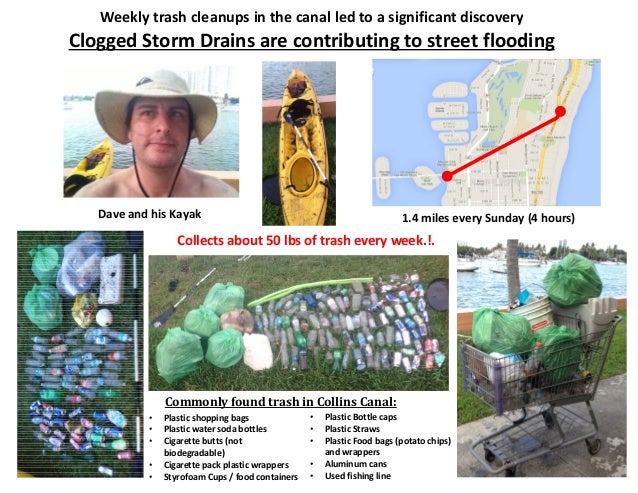